Last year, my favorite poet Anne Boyer did an interview with Amy King of The Poetry Foundation entitled "‘Literature is against us’: In Conversation with Anne Boyer." Boyer writes from the perspective of a disabled body, one which had been unable to work after battling an aggressive stage of breast cancer.

I often think about this interview, Boyer in general, and the notion that literature is, in fact, against us. An excerpt from the interview:


...by “us” I actually mean a lot of people: against all but the wealthiest women and girls, all but the wealthiest queer people, against the poor, against the people who have to sell the hours of their lives to survive, against the ugly or infirm, against the colonized and the enslaved, against mothers and other people who do unpaid reproductive labor, against almost everyone who isn’t white—everyone who has been taken from, everyone who makes and maintains the world that the few then claim it is their right to own. And by “against,” many of us know this “literature” contains violent sentiments toward us, is full of painful exclusions, but that isn’t even the core of its opposition to us. How “literature” is also against us is that it is a magic circle drawn around the language games of a class of people—the rich and powerful and those who serve or have served them. It gives (or appears to give, like any mystification) these words a permission and a weight, dangles the ugliness in our faces and names it beauty, gleefully shows off stupidity and claims it as what is wise. (via The Poetry Foundation)

I can't help but think about Boyer's wondrous claims in the context of being a writer, a reader, a student, a homosexual, a person with mental disabilities, a person with physical disabilities, a substance user, etcetera. This week, I started my last semester of university and a professor in a critical theory class asked us to describe what exactly literature is. I surprisingly had a difficult time with this question and needed to explore it. If, as Boyer argues, literature exists to subdue communities of people, what about literature gives it the agency to oppress? Who makes literature, and how are those devices privileged? Who wins and who loses when we talk about literature?

Historically, literature has often come from positions of oppression. But at the same time, an interesting dynamic exists between representation and the ability to be represented. What affordances does literature give, as Boyer argues, to poor people, people of color, enslaved people, working people, etcetera? If I cannot afford the basic necessities of life, how can I afford to make literature? And what does making literature look like?

Literature is an experience. And perhaps that is the only classification that it needs.
posted on September 06, 2016 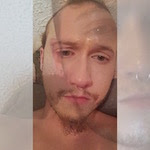